In the summer of 1934 whilst out walking, he was caught in a storm and sought shelter in a farmhouse.  Mr Williams entered into conversation with the farmer and discovered that he knew very little about the Christian Faith.  When he arrived home he wrote a letter to this farmer further explaining what it meant to become a Christian.  The farmer responded with a friendly letter and asked Mr Williams to write similar letters to some of his neighbours.  In this simple way the Farmers Christian Postal Service was launched.  The list of farmers grew steadily until hand written letters were no longer practical and had to be duplicated.

Means of communication have changed dramatically since 1934.  This Website, Email and Facebook are now used alongside the conventional postal service.  To reflect this, the name has been changed to Farming Christian Link.  Along with a witness at Agricultural and other shows the purpose is still the same, to reach people in farming and rural communities with the core message from the Bible, the Good News of the Gospel.

Farming Christian Link is run and supported by Christian volunteers from the mainstream churches throughout the UK, who are involved in farming or have links with farming and rural activities, led by an Honorary Chairman, Secretary and four other Trustees - Jonathan & Pearl Jeffs and Philip & Ann Pennington. 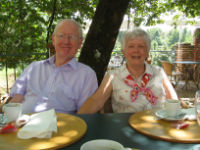 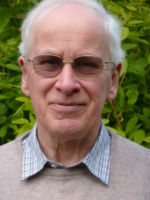